How Does SendX Billing Work?

A Guide To How Billing Works In SendX

This short FAQ will help you understand the Billing Process of SendX, and how you are charged based on the number of contacts in your account. 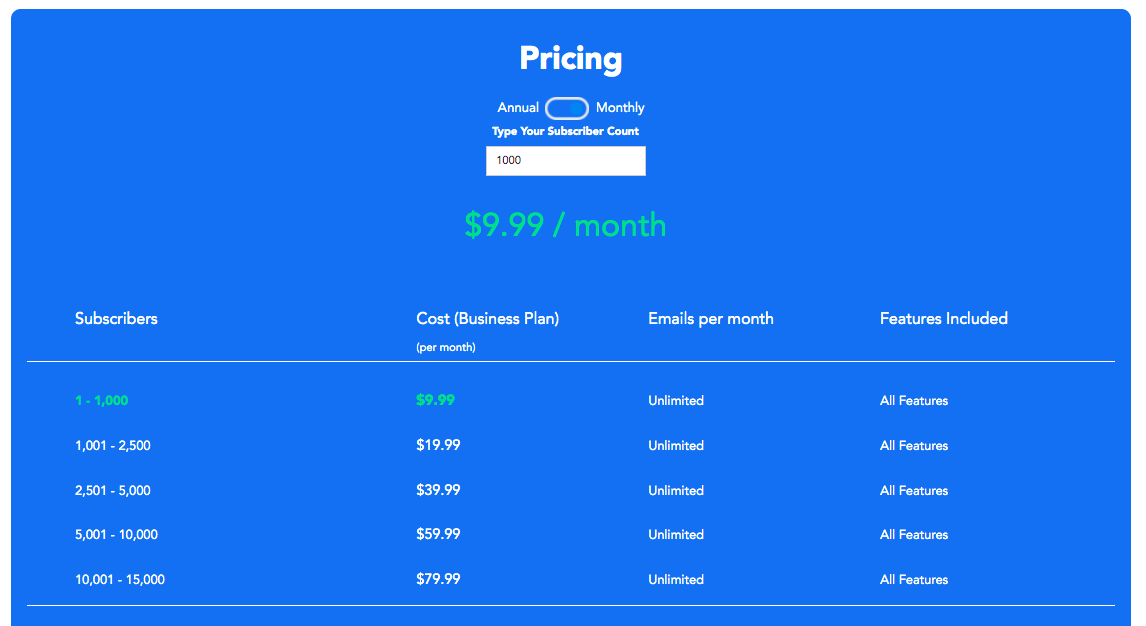 As the number of contacts increases, you are upgraded to a higher tier in your SendX plan. If you have 1000 contacts, you will be charged according to the prices written above.
You can enter the subscriber count on the top, and see the pricing of that tier (the Plans & Pricing can be found here).

The billing when upgraded to a higher tier will be done at the end of the NEXT month. The previous tier's bill amount will be added up as Unbilled Contacts for that month and will be billed accordingly.

So if you are currently below the 1000 contacts tier and your billing cycle begins on the 2nd of every month, and your list size goes above 1000 (to say 2400 contacts) on the 17th of that month, you will be upgraded to the next tier on the 17th and you will have uninterrupted access to all the services. The difference between the upper tier and lower tier will be added up as Unbilled Contacts and you will be billed on the 2nd of the NEXT month (which would be $10.00 + $19.99 = $29.99). Your billing will resume at $19.99 from the next cycle.

Note: In some rare cases, SendX may ask you to pay for the Unbilled Contacts before the end of the next billing cycle.

Did this answer your question?